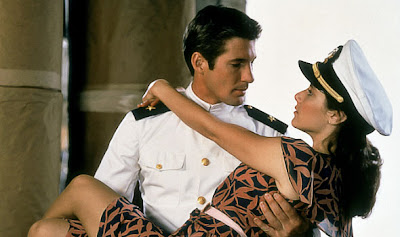 You’ve seen it happen in the movies dozens, if not hundreds of time. Boy meets girl. Girl falls in love with boy. Boy breaks girl’s heart (mean boy!). Girl breaks up with boy. Boy makes heroic effort with giant 1980’s boom boxes, saying “hello,” flying a jet, and countless other antics to win her heart back. The problem is, one person is writing the script for both of them in the movies. They’re playing pre-defined roles and following cues. Real life doesn’t quite work that way.

Unfortunately, a lot of guys haven’t gotten the memo. You’re still trying to use moves that have been used before. Sadly, these are moves the girls you’re trying to get back together with already know about too.

Not Appropriate for Your Situation

Every relationship is different. Every breakup is somewhat unique. You can be having the same arguments as 10,000 other couples around the world, but there are things about the two of you and your situation that make those same arguments and situations unique.

No matter what the reason for the breakup was, your situation is different than Harry and Sally’s (When Harry Met Sally), Joe and Kathleen’s (You’ve Got Mail), Maverick and Charlie’s (Top Gun), and Pat and Tiffany’s (Silver Linings Playbook). You need to take the time and make the effort to come up with something unique and specific to your romantic situation. More importantly, it needs to be something that will matter to her and melt her heart.

That is, of course, if you’re going for movie magic effects. However, you could do something else altogether. Something she may even find curious and shocking. You could let her go — at least for a little while. Instead of going after the girl, give her a little time to think things through.

Absence really does make the heart grow fonder. Then, after a little time has passed, chances are you won’t need to call her. She’ll call you. When that happens, you can both enjoy a happy ending that’s much better than anything Hollywood could come up with because it’s the story that belongs to the two of you and no one else.